Italy & Golf
This email address is being protected from spambots. You need JavaScript enabled to view it.
Tabita (Toronto): +1 416 831 45 74 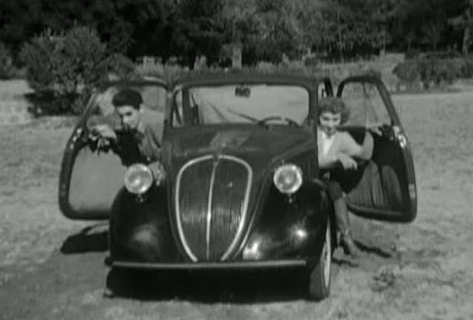 To anyone who has ever driven in Italy, particularly in the south, and found the experience, well…. cultural, then you’re in good company. John Steinbeck once wrote an essay for Harper’s in which he describes the experience of driving on Italian roads like this: “It seems hysterical, it follows no rules. You cannot figure what the driver ahead or behind or beside you is going to do next and he usual does it. But there are other hazards besides the driving technique. There are motor scooters, thousands of them,

which buzz at you like mosquitoes. There is a tiny automobile called ‘Topolino’ or ‘mouse’ which hides in front of larger cars; there are gigantic trucks and tanks in which most of Italy’s goods are moved; and finally there are assorted livestock, hay wagons, bicycles, lone horses and mules out for a stroll, and to top it all there are the pedestrians who walk blissfully on the highways never looking about.”

Although the exact vehicles that make up this chaotic scenery have changed—the essay was written in 1953, and neither the Topolino nor the tank are quite as common any more—the spirit of Italian driving has remained much the same. The prospect of driving on his own terrified the great American writer, so Steinbeck hired a professional driver to take him and his wife from Rome to Positano. The man’s business card read: “Signor Bassani Bassano, Experienced Guide – all Italy – and Throt Europe.”

Admits Steinbeck: “It was the ‘Throt Europe’ that won me.”

Only a talented chronicler of human idiosyncrasies, like Steinbeck, could have put down on paper what comes next: one of the most charming renderings ever written of that quintessentially Italian character: the slightly unstrung, usually elderly, know-it-all Italian gentleman.

“Signor Bassano was a remarkable man,” Steinbeck writes. “He was capable of driving at a hundred kilometers an hour, blowing the horn, screeching the tires, driving mules up trees, and at the same time turning around in the seat and using both hands to gesture, describing in loud tones the beauties and antiquities of Italy and Throt Europe. It was amazing. It damn near killed us… In the back seat my wife and I lay clutched in each other’s arms, weeping hysterically, while in the front seat Signor Bassano happily instructed us: ‘Ina dda terd sieglo da Hamperor Hamgousternos coming tru wit Leegecions.’ (Our car hit and killed a chicken.) ‘Izz molto lot old heestory here. I know. I tall.’”

Anyone who’s driven in Mumbai, or Cairo, or Damascus, might think Italian driving is tame, maybe even civil, by comparison. But to most North Americans, who grew up with wide roads, and an almost Puritanical set of regulations concerning them, the organized chaos that rules much of the world’s thoroughfares is truly mystifying. Sometimes indignant, sometimes simply bewildered, foreign drivers in Italy will often post video testimonials of their Italian traffic experiences on Youtube, trying to capture a sense of its fluid lawlessness.

Below is one of our favorites: traffic on a rainy afternoon at Piazzo Garibaldi, Napoli. Note the cars, the buses, and the motorcycles that weave effortlessly around each other like threads in a loom; while undaunted pedestrians cut obliquely across the madness, “walking blissfully” (as Steinbeck put it sixty years ago) “never looking about.” If one pays close attention—if one really applies one’s imagination—one can picture a modern version of the great Signor Bassano speeding through this everyday Napoli scene, cutting off everyone, gesturing wildly with both hands, not bothering to look at all where he’s going. His face angled towards his subdued and terrified American passengers, and talking in a rapid-fire, unconcerned, and all-knowing manner about the “molto lot old heestory” of Napoli, of all of Italy, and (of course) throt Europe.

Here is traffic at the Piazzo Garibaldi. Tellingly, the tagline under the original Youtube post reads: “There is nothing to be afraid of.”